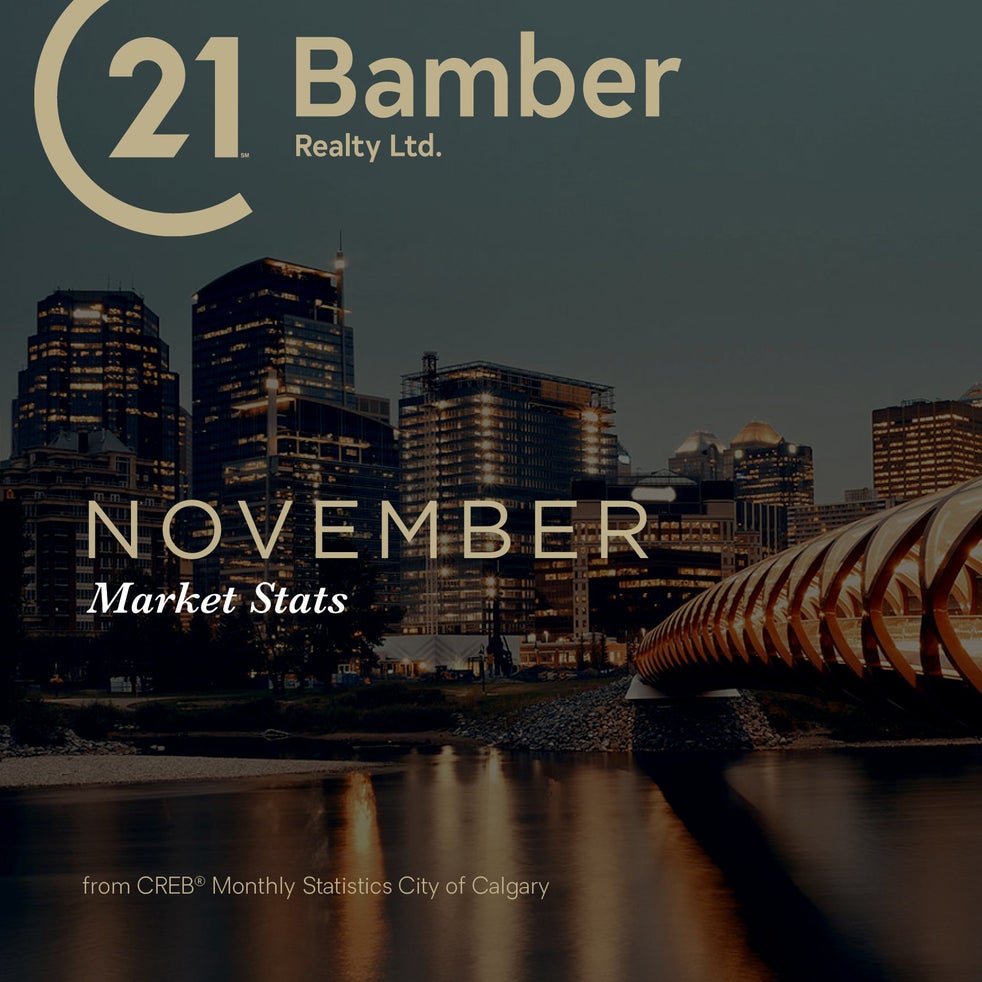 For the sixth month in a row, sales in the Calgary market recorded a year-over-year gain.

Sales growth over the past several months has been the strongest seen in the past five years, but the activity has not been strong enough to offset the pullbacks from the spring. Year-to-date sales remain over three per cent lower than last year's levels.

New listings continue to slow, reducing inventory in the market. On a year-to-date basis, new listings have eased by nearly ten per cent and are at the lowest level recorded since 2001. This has reduced the oversupply that has been impacting the market for nearly five years.

"The gains in sales in the latter part of this year have been a bit surprising considering the job losses and unemployment rate in our city," said CREB® chief economist Ann-Marie Lurie.

"However, it is important to note that the shift to more balanced conditions has been mostly driven by the reduction of supply."

Tighter conditions in the housing market have contributed to some of the recent gains in benchmark prices. As of November, the benchmark price was $423,600. This is nearly two per cent higher than last year's levels.

However, conditions vary depending on price range. There is not a lot of supply for affordable homes in each product type because of high demand. This is likely causing differing price trends in the lower end of the market versus the higher end. 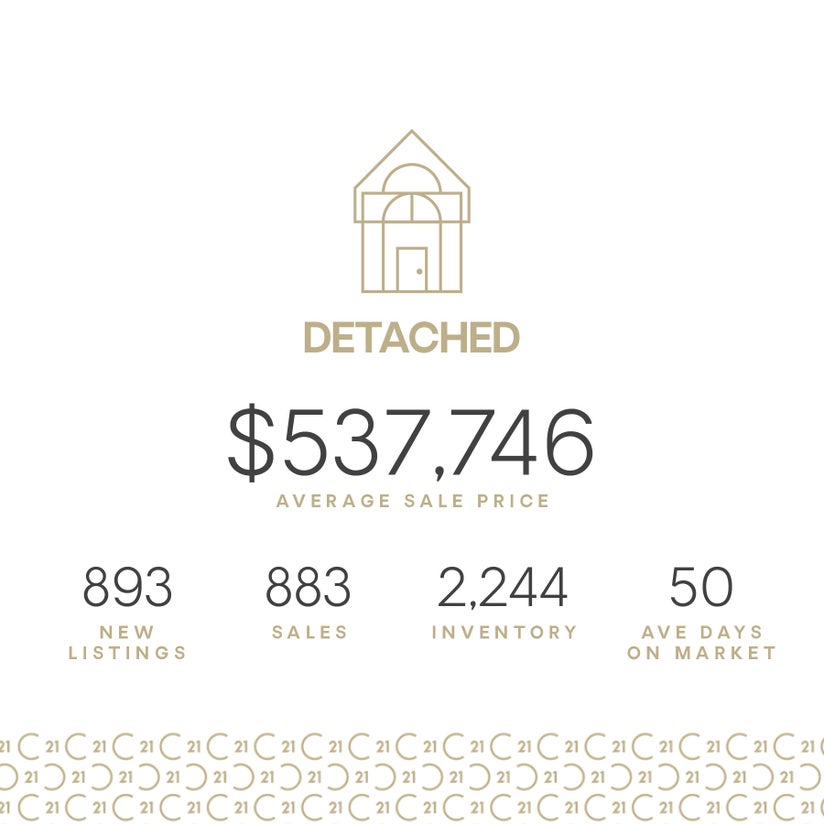 November sales activity improved across every district, contributing to a year-over-year citywide increase of 26 per cent. Improving sales over the past six months have helped offset some of the pullbacks from earlier in the year, as year-to-date sales were only two per cent lower than last year's levels.

Like other sectors, inventory in the detached market has also eased due to the sharp decline in new listings. This has kept the months of supply below three months for the past three months. The tighter market conditions are supporting price gains. As of November, the detached benchmark price improved by nearly three per cent compared to last year for a total of $492,000. However, prices did not improve across all districts, as the City Centre continues to record prices that are one per cent lower than last year's levels. 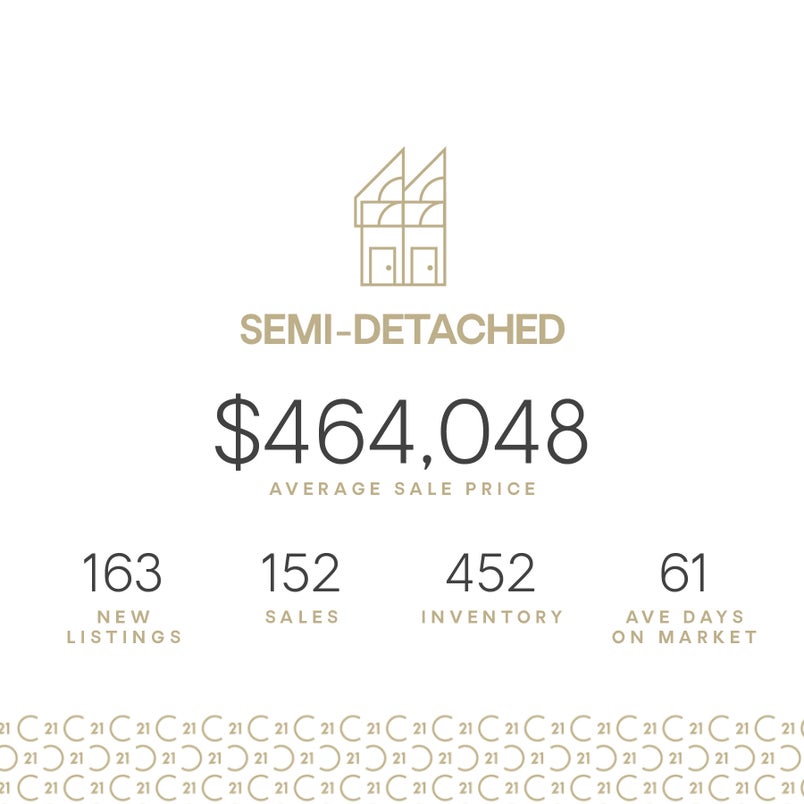 Year-over-year gains in sales were met with slower new listings, resulting in inventory reductions and a month of supply of three months. While conditions are not as tight in the semi-detached market as they are in the detached market, the reductions in supply relative to demand were enough to support further monthly gains in the benchmark price.

As of November, the benchmark price was $395,100, which is one per cent higher than last year's levels. Activity did vary depending on location, as price gains were the highest in the South East district, while prices remained just below last year's levels in the City Centre.

There have also been notable differences within this market depending on price range. The months of supply has declined significantly for product priced below $400,000. This decline is likely contributing to some of the differing price trends throughout the districts of the city. 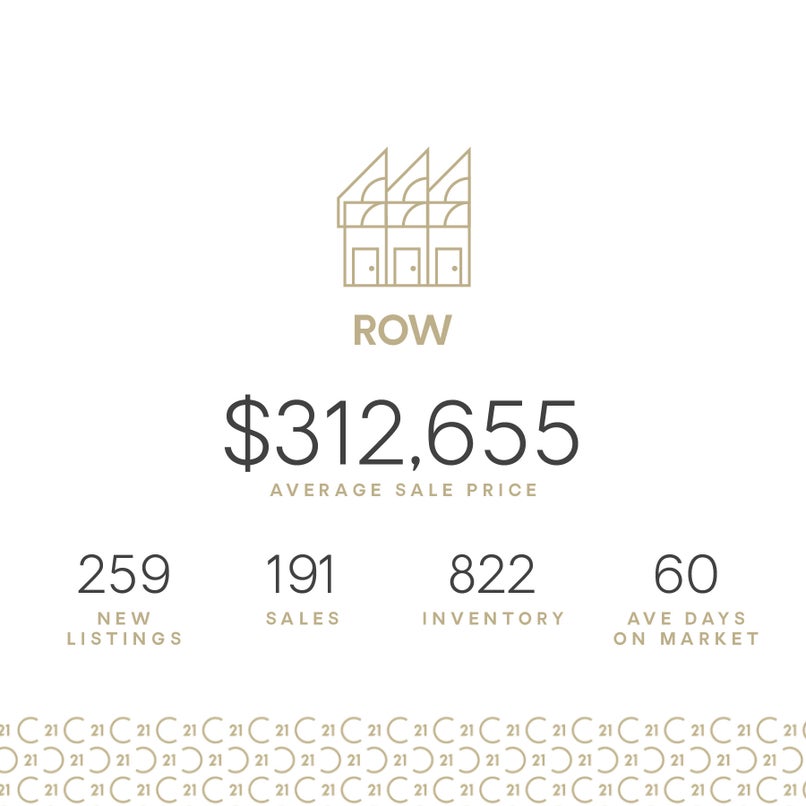 Year-over-year gains in the row sector continued in November and were enough to cause year-to-date sales to remain at levels similar to last year. Bucking the trend from other sectors, new listings rose compared to last year, easing some of the downward pressure on inventory levels. The months of supply stayed above four months, higher than levels seen in both the detached and semi-detached sectors, but a significant improvement from the nearly six months of supply recorded last November. 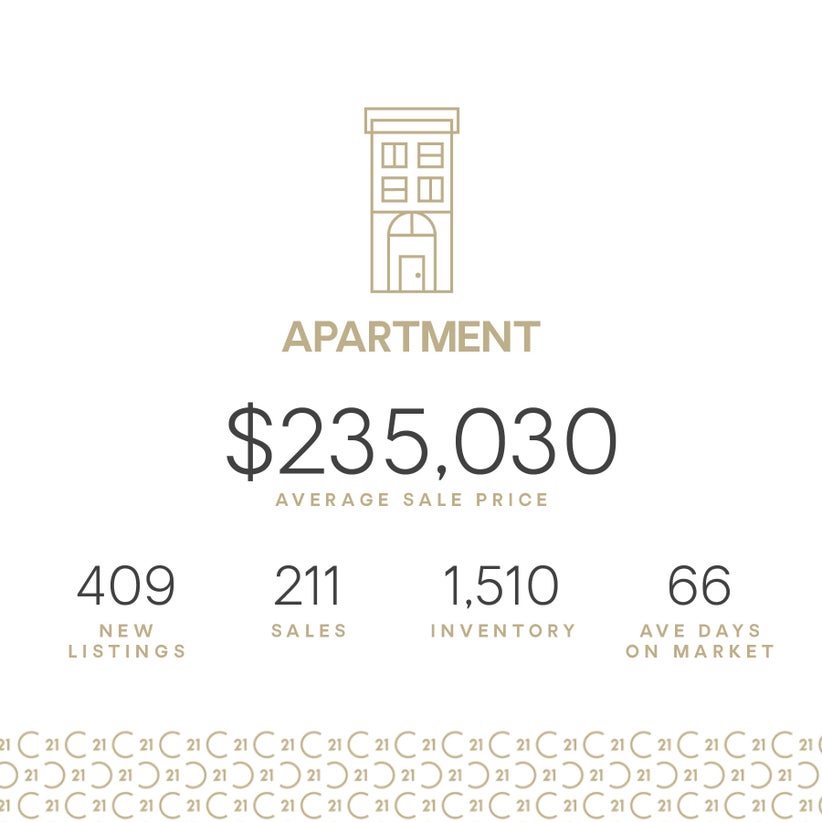 New listings did ease slightly this month, placing some downward pressure on inventory that was missing earlier in the year. However, inventory remains higher than last year's levels and the months of supply is still elevated at nearly eight months. The oversupply in this market continues to place downward pressure on prices, which not only eased relative to last month, but remain one per cent lower than last year's prices. The only district to see some positive momentum is the North, where prices rose slightly compared to last year.
REGIONAL MARKET FACTS

Persistently low months of supply, especially in the detached sector of the market continue to place upward pressure on prices. In November, the benchmark price was $342,900, trending up over last month and over two per cent above last year's levels.

For the sixth consecutive month, sales activity rose over last year's levels causing year-to-date sales to total 651. This is a 12 per cent increase over last year. However, unlike other areas the level of new listings in Cochrane also rose. The months of supply rose to nearly four months. However, this is still relatively low for November as the town has typically averaged seven months over the past five years.

With generally tighter market conditions in the town, prices have trended up for the past six months. As of November, the benchmark price was $417,800 and is four per cent higher than last year. Despite the recent gains, year-to-date figures remain nearly one per cent below last year's levels.

Despite the decline in new listings, sales continued to improve causing further inventory declines. Inventory in November dropped to 95 units and is nearly half the levels we typically see this time of year. With a sale to new listings ratio above 100 per cent and a months of supply of just over two months, this is one of the tightest Novembers recorded since 2014.

The general tightness in the market has been driven by the detached sector and is the only category that has seen year-over-year gains in prices. As of November, the detached benchmark price was $441,100, nearly two per cent higher than last November.