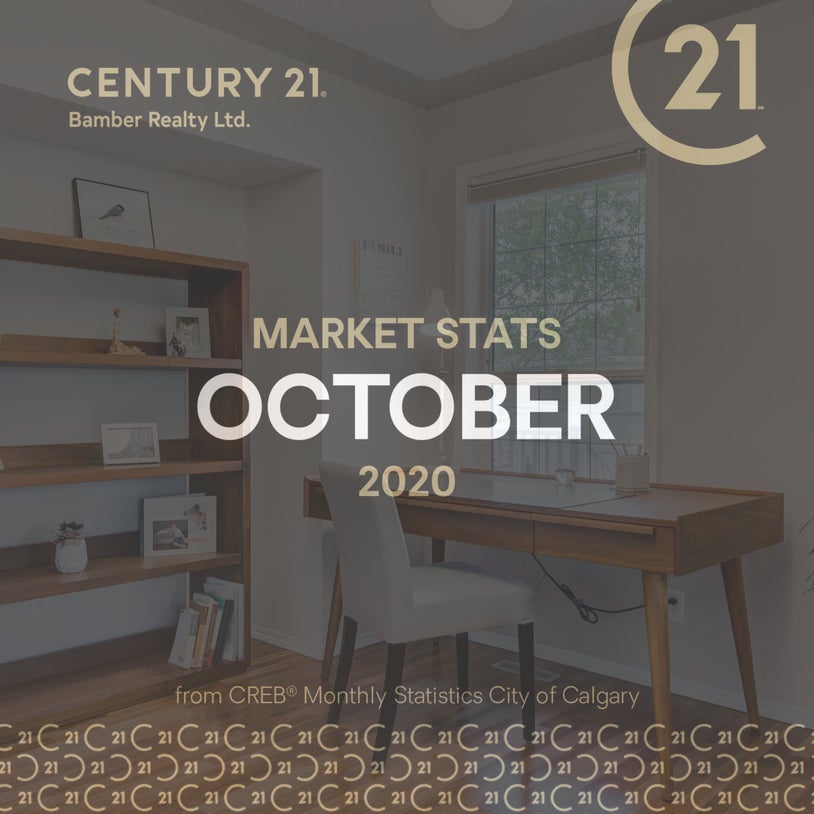 With strong gains in the detached sector, October sales in the city reached 1,764 units. This is a 23 per cent increase over last year and well above longer-term averages.

“Over the past several years, higher lending rates and the stress test pushed many out of the detached housing market. However, recent declines in rates, combined with prices that are lower than several years ago, have brought back some of that demand,” said CREB® chief economist Ann-Marie Lurie.

Improving sales over the past four months were not enough to offset the pullbacks in the second quarter, leaving year-to-date sales nearly six per cent below last year’s levels.

The same is also true for prices. Benchmark prices have trended up over the past four months and October prices were slightly higher than 2019. On a year-to-date basis, prices are one per cent lower than last year’s levels and nearly 10 per cent below previous highs.

Detached sales totalled 1,139 in October, a year-over-year gain of 35 per cent. Unlike earlier this year, October’s largest gains in sales occurred for homes priced above $600,000. Easing prices for more expensive homes could be supporting this rise in sales.

There were more new listings this month than levels recorded last year, but inventories still eased, causing the months of supply to drop below three months. This is a significant improvement from the four-plus months recorded over the past several years.

There is, however, significant variation by location and price range. Detached homes priced under $500,000 are reporting less than two months of supply, supporting some price gains depending on location.

When looking at price movements by district, the only city district to record further price declines was the City Centre. The South and South East districts recorded year-over-year price gains of around four per cent. Despite recent price movements, prices in all districts remain far from recovery and are well below previous highs.

Sales activity trended up over the last month and new listings eased. This is causing inventories to decline and the months of supply to fall to just above three months.

The tighter market conditions continued to support some monthly gains in prices. Despite these gains, the October benchmark price remained nearly one per cent below last year’s levels. However, activity varies significantly based on location. Year-over-year prices eased in the City Centre, North West and West districts, offsetting the price gains in the other districts.

Despite improvements over the past several months, year-to-date sales remain over six per cent below last year’s levels and over seven per cent below long-term averages. Slower sales activity has been mostly driven by pullbacks in the City Centre, North West, South, West and East districts of the city.

There were significant year-over-year declines in the City Centre and West districts, but citywide row sales improved over last year’s levels and year-to-date activity sits only two per cent below last year.

Citywide benchmark prices were $274,400 in October. This is a slight improvement over last month, but nearly six per cent below last year’s levels. The price decline was mostly caused by the significant drop in row prices in the West district of the city.

This represents a 15 per cent decline from last year and is nearly 30 per cent below longer-term averages. The only sector of this market showing signs of improvement is the under-$200,000 segment. Sales have improved in this segment, but it has not been enough to offset declines in all other price ranges.

Citywide sales have been easing, but new listings have been on the rise. This is causing year-over-year inventory gains and is halting positive momentum in prices. As of October, the benchmark price totalled $248,600, similar to last month and over one per cent below last year’s levels.

With significant gains in the detached sector, sales once again improved this month compared to last year. The increased activity contributed to the year-to-date sales of 1,199 units. This is a 13 per cent increase over last year’s levels.

The year-over-year gain in new listings was not enough to outpace the sales gains. As a result, inventories continue to trend down compared to the previous month and remain well below last year’s levels. This caused the months of supply to remain just above two months.

Sales activity this month rose compared to last year’s levels, contributing to a year-to-date increase of nearly ten per cent. Meanwhile, new listings have not kept pace with sales, causing reductions in inventory and the months of supply, which dropped to three months.

Tighter housing market conditions are supporting price gains. Benchmark prices trended up for the fourth consecutive month and, as of October, were over two per cent higher than last year’s levels. Despite the recent gains, year-to-date prices remain one per cent below last year’s levels.

Improving sales in October were enough to push year-to-date sales up by one per cent. However, new listings contracted by a significant amount, causing inventory levels to ease and the months of supply to fall below two months.

Persistent tightness in this market is supporting further monthly gains in prices. After five consecutive months of rising prices, October benchmark prices rose above last year’s levels. However, price gains have been driven by improvements in the detached market.